I Don’t Want to be One of Those!

VISIONS book two of THE NIGHTMARES SERIES
Emily must help a murdered child find closure and stop a vengeful ghost from possessing and destroying innocent lives.

The second book in The Nightmares Series, Visions, is now available on MuseItUp Publishing’s and Amazon’s websites and also many other places where e-books can be found, but that’s not what this post is about.

I feel as though I’ve neglected my blog the last couple of okay! Years! I’m a terrible blogger. I admit it. It’s not that I don’t enjoy blogging, because I do. It’s really because I want to talk about my books and seriously, it’s not that I expect anyone to read them. I just like mentioning their titles, Nightmares, Visions and next year, The Rose Stalker and if that should happen to inspire someone to buy, well then that’s great. I’m not trying to force anyone into reading them, I just like telling people what they’re about. 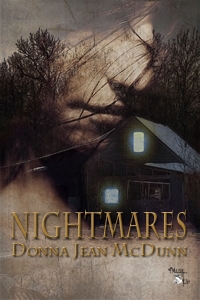 Book One of The Nightmares Series: Emily must regain her memory of the past before a psychopath kills her and those she loves.

Take Nightmares for example: It’s a paranormal/mystery about Emily. She’s eighteen and getting ready to graduate high school when a mysterious voice tells her she must remember her past and accept her gift of clairvoyance  in order to prevent her own demise and others.

The really exciting news, Nightmares will be published sometime between now and Christmas as a paperback. I can’t wait to hold it in my hands!

I was talking the other day to another author who agrees with me, that people get tired of always having someone trying to sell them their books. It gets really annoying when that’s all they talk about.

Everywhere you go, Facebook, Twitter, LinkedIn, it doesn’t matter, there are ads at every click of the mouse. Buy My Book! And whatever you do, don’t give them your email address or you’ll come home to find hundreds of “Buy My Book” emails.

I don’t want to be one of those people. If I can’t think of something else to write about…well then, I’m just not going to blog, and I thought I should explain my reasons.

Say! Did I mention that The Rose Stalker will be released sometime in the spring/summer of 2015? Isn’t that exciting? I don’t have a cover for it yet, but I’ll share it when I do. But don’t worry, I won’t mention “buy my book” even once.

Please leave a comment and make some suggestions about what you would like me to write about. I can use all the help anyone can provide.

A Good Blog is Hard to Find